The Green Guy with an Identity Crisis 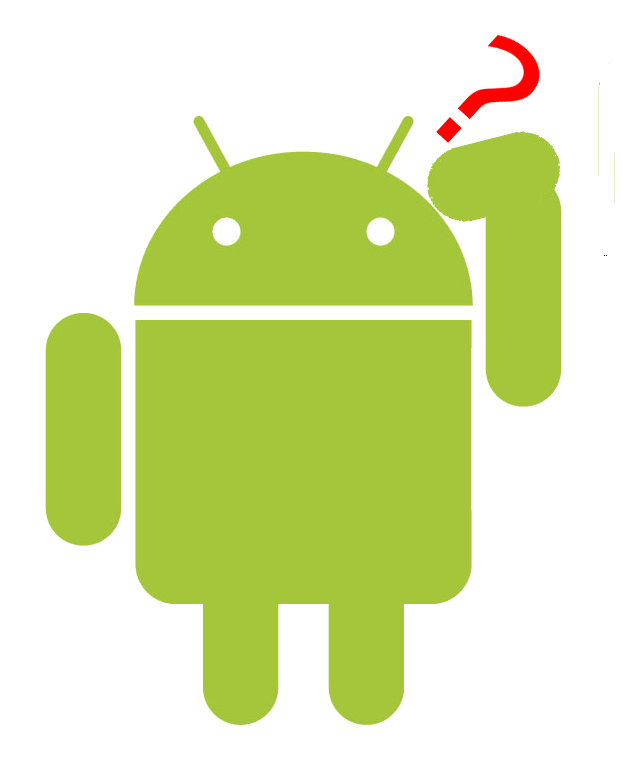 Please discuss this on the
Linuxslate.com Forums

I took the opportunity of a recent business trip to do some casual research. The trip began with the jerky bus ride from the Park and Fly to the Airport Terminal. The guy sitting next to me was madly typing away on his T-Mobile G1. Android has scored a point already. Perhaps the second part of Mr. Reznor's statement was becoming less true. To my disappointment, I saw only one additional G1 and a MyTouch during the rest of the trip. I saw so many people carrying iPhones that it was almost like some sort of weird science fiction movie.

The story is the same at the local internet sandwich shop. A young lady that works there carries a G1, but at the tables, it seems almost everyone is poking at a little black, silver or white slate with an Apple logo on the back. Why am I sitting in the sandwich shop looking at other peoples' phones? Well, my own family is ignoring me. They are poking away at sometimes as many as 3 iPod Touch's -- 4 if grandpa is visiting.

The press is not kind to the Green Guy either. For a long time I was convinced that the L-word (Linux) was on the FCC's list of words you can't say over the air. I figured that since Android is based on Linux, the media never says the A-word either, just to be safe. Even if they did explain that Android is a mobile phone operating system based on Linux, that explanation would go way over most peoples' heads. The press loves to say “iPhone”, and “iPod”. They also know that most readers/listeners/viewers know what a Blackberry is. Even the Palm Pre, which has a minuscule market share, has been getting some mention.

So why is everyone avoiding the Green Guy in the corner? Once you get to know him, he's friendlier than the iPhone, just as smart, and he's got apps too. Android has a terrible problem with names.

I witnessed the following lost sale recently while lurking around in a T-Mobile store: An elderly man and woman were looking at the G1 on display. The man was inquiring about 'Web and GPS capability. The PFY salesman was doing a fairly good job explaining that it was just as good at surfing the 'Web as the iPhone. He showed them Google Maps, and explained that it had GPS, and could find addresses, etc. The couple looked impressed, and were nodding. They asked if it was a phone, too, and the sales geek explained that it was, and showed them the Contacts and Dialer. So far so good. I really think they were about ready to sign up. Then he mentioned that it ran the Android Operating System, which was Open Source, and that you could buy Apps from the Android Market. Instant glaze over. The man started to ask a question, but he stopped, not even knowing what to ask. If I could have telnet'ed into his brain, I'm sure I would have seen a core file. The PFY tried a hurried explanation, but that made things worse. His explanation contained that A-word again. The customer turned and left.

The term “Android” is a word from geeky science fiction. Most people associate it with C3P0, R2D2, or Commander Data. Even among science fiction affectionados, the term causes confusion: R2D2 is clearly not humanoid, so why do the Star Wars characters refer to him as a 'droid, which is short for android? In the context of robotics it's associated with things that are not real, or at least not yet developed sufficiently to be practical. These are exactly the associations I would not want in the mind of a prospective customer of technology goods.

Here's he only explanation I can come up with for Google's choice of the name “Android”: Google must think that in the near future there is going to be a lot of publicity about personal entertainment robots, robotic pets and robotic home assistants. They must think they can get some free publicity from the term. Frankly, I think they missed. First, Android (the OS) needs name recognition now, not in years. Second, what happens when Google gets involved in Operating Systems for personal humanoid robots? If they call their mobile phone OS “Android”, are they going to call their personal android OS “Phone”?

The device manufactures have followed right along with Google's lead in the confusion department. When someone asks me what phone I'm using, I can't answer with a simple, 2-syllable answer. Understand that 2 Syllables is all I've got -- they did not ask for a dissertation on mobile device operating systems, they asked what they think is a simple question and they expect a simple answer. “i-Phone”, “Black-berry”, and “Palm-Pre” are all 2 syllables. Space for one of those is all the mental buffer they've allotted for an answer. When I say “Google ADP 1”, I've just caused a buffer overflow, and their mental process has already crashed. Just “ADP 1” means nothing to them. At least by saying “Google ADP 1”, there's a spark of name recognition before the lock-up. “Android Developer Phone” is way to long, and they are lost at that first word. Including the name “HTC” means nothing, as most HTC phones are sold under the names of wireless carriers. Saying out “High Tech Computer” gets a chuckle, but that is certainly of no help. “T-Mobile G1” exceeds the 2 syllable rule by 100%, and it's not even accurate for my developer phone. How about “HTC Dream”? Buffer overflowed again, and not even a flash of recognition. As regular readers notice, I've made reference to the “T-Mobile/HTC/Google/G1/Dream/gPhone/Whatever you call it phone”. I've tried every possible combination of those words and I lose my audience every time.

The second round of Android phones is no better. “MyTouch” is a clever name from T-Mobile. I think it's intended to ride the coattails of the incorrect term “iTouch” for the iPod Touch. But the T-Mobile MyTouch is also sold as the HTC Magic and the HT-03A. How about the HTC Hero? The same phone is called the T-Mobile G2 Touch here in the US. In addition to the confusion of having 2 names for the same hardware, “G2” causes confusion with the term “2G” and with the MyTouch, which followed the G1. Samsung kept the confusion ball up in the air with the Samsung I7500 (is that a “one” or the letter “I”? -- it's the letter.) This phone is also called the Samsung Galaxy, and the Samsung Instinct. How about Motorola? Motorola's had great success in the past with catchy names that pass the 2 syllable test. “StarTac” and “RAZR” were household names in years past. Certainly they can break the cycle of confusion, Right? Nope – When they jumped on the Android bandwagon, they also jumped on the confusion bandwagon. At the Motorola Android press event, the presentation made reference to the Motorola “BLUR”. At some point the presenter started using the term Motorola “CLIQ” and the term “MOTOBLUR”, Oh -- and it's also called the "DEXT" in Europe. So we have the “T-Mobile/Motorola BLUR/CLIQ/DEXT with MOTOBLUR UI and Android OS based on Linux”. I hope the old guy from the T-Mobile store isn't still surfing the 'net trying to decide what phone to buy. The poor dude will have an aneurysm!

I believe it's not too late. Google needs a new name for their Mobile OS. At the very least they need a significant TV and Web advertising campaign to explain the term Android and it's benefits. Manufactures also need some competence in the marketing department.  The Little Green Guy deserves a better life. He deserves to have an identity.

Disclaimer:  I am a registered Google Android Developer.  I do not speak for Google, or any Hardware or Software vendor.

Wikipedia Page on Trent Reznor - Article with Mr. Reznor's comment in it not linked to due to the "Colorful" language Mr. Reznor often uses, and the fact that the rest of it is not relevant to this subject. -- Google it if your are interested in seeing the whole article.
PFY - Pimple Faced Youth - Character from the BOFH stories on The Register.
Wikipedia page on the word "Android"
Wikipedia page on the word "'Droid"
Google Android Home Page

Other Reading:
Kathryn has no Time for Linux - Article about Linux in consumer electronics.


Linuxslate.com
All trademarks/tradenames are the property of the companies that own them.