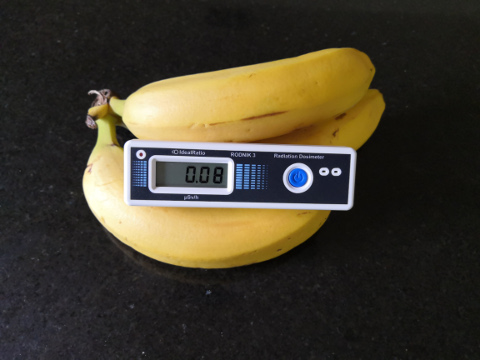 background radiation in my area.

Ever since I was very young, I have been interested in electronics. I started with one of those basic electricity learning kits when I was less than 10 years of age. I was soon obsessed with almost any sort of electronic gadget that I could build, take a part, or repair.  If it was portable, that was even better.  After all, OCD is not something you can leave at home.

A little further along my path of electronics learning, someone gave me one of these: 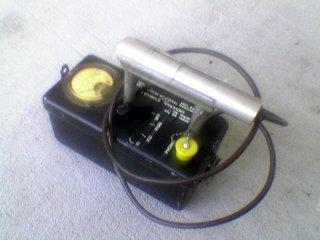 This (as well as a few other cool gadgets) brought rise to a parallel addiction -- Fascination with the unseen world. That vintage Geiger Counter is portable, but not very. It’s not something I am likely to carry with me on – for example – a trip to the supermarket.

As smaller, digital devices became available, I bought a couple of radiation meters that were much more portable than that vintage Geiger Counter, but again, an addiction is not easily overcome. I needed more.  I craved the lasting high of features and functionality, but in this strange obsession, I also needed smaller, more portable.

My next “hit” of “rad” meter had to meet the following “requirements”:

There are other devices that “fit the bill”. So why did I buy the “Rodnik 3”?

The Radex One is readily available (ships from the USA if you use the provided link), it’s actually cheaper and it has PC connectivity.  It also looks and works more like a pen. But the meter reviewed here is actually slightly smaller in every dimension, and has a much bigger display. The Radex One, at least as far as I know, does not allow you to expose the tube. The website does not mention an ability to detect α particles.

There are also a few different small (and again, less expensive) older Russian devices. But again, they are bigger in at least one dimension, often have a smaller tube, and the ones I know of have very small LCD displays, if they have a display at all.

The EcoTest VIP is nice, very “pen-like”, and definitely represents a “hit of the good stuff” for anyone fascinated with radioactivity, or radiation testing. But again, I don’t see a way to expose the tube (at least without removing a cover that could get lost or broken), and the EcoTest VIP is quite expensive.

There are also small devices that plug into a mobile phone’s headset jack, and with a special app, they allow you to measure, and even track radiation.  Most of these are actually semiconductor devices. They are not true Geiger counters, and not sensitive to α particles.  There are larger ones that connect with a short cable, and do contain actual GM tubes, but these are more expensive, and by the time you connect 2 devices together with a wire, you actually end up with something less convenient, and less likely to be actually used than a single compact device with an integrated display.

Since the tragedy at the power plant in Fukushima, a Japanese company has begun marketing several very compact radiation meters, including one that is very compact, and “pen-like”.  Again, however, these use a semiconductor device as a sensor, and thus detect gamma (γ) radiation only.

IdealRatio.ru (Russian Language) seems to distribute a number of the Soeks, Radex, and other portable radiation detection devices (as well as devices for detection of nitrates and RF radiation). But according to a translation of their web page, they apparently realized the same deficiency of the other products as I mentioned above. They decided to “go it on their own”.

It’s not my intent to copy the “IdealRatio” instruction book or web advertising here, but I will point out that it meets most of the criteria mentioned above and in the Radiation Detector Buyer’s Guide.

Here are the basic physical specifications: 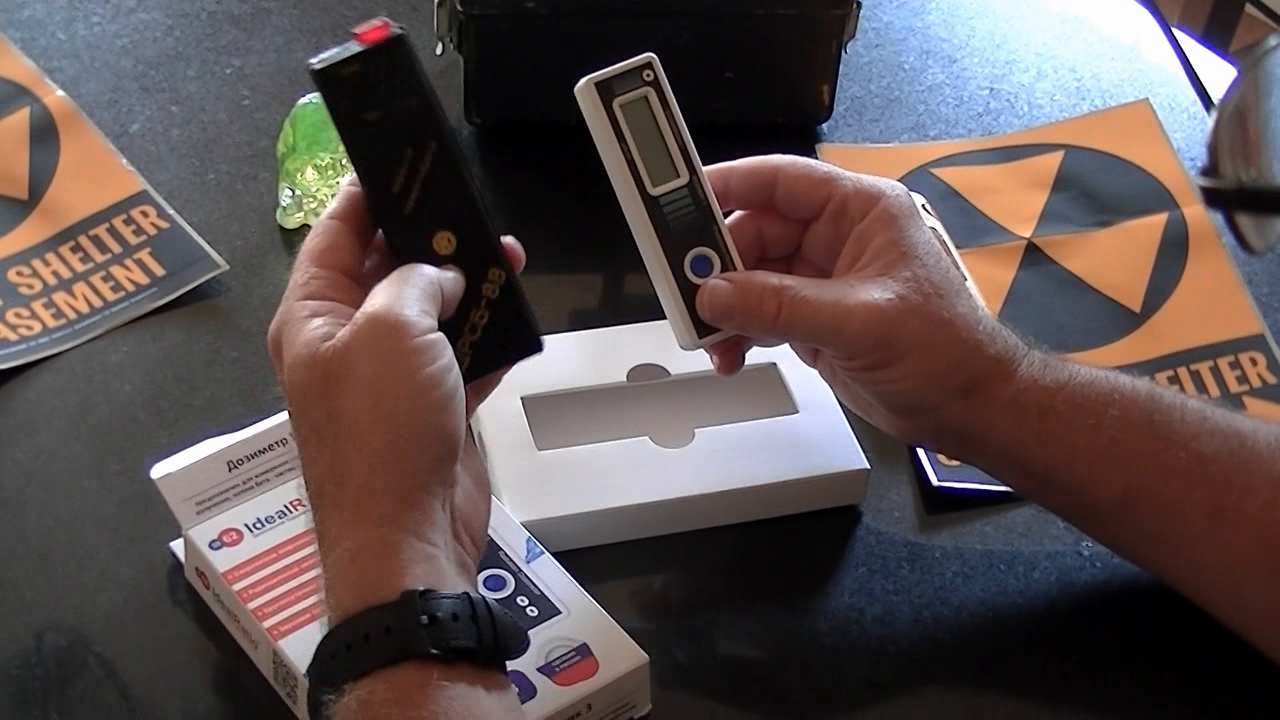 The Rodnik 3 is compared to a basic Russian pocket

Radiation Detector in this screen shot from the Unboxing Video.

The Rodnik 3 is smaller, more sensitive, and has more features.

The large GM Tube and slots in the back cover

make the Rodnik 3 able to quickly identify these

even though they are only very mildly radioactive.

The display is showing 0.35µSv/h, or about 5 times

the normal background radiation in my area.

A perfect portable device would cure my addiction. But as I mentioned, finding the right drug to cure an addiction is not easy. This device definitely has some misses:

The above are minor gripes, or at worst, things I would change if I were designing one (which I did start to do at one point). Unfortunately, there are 2 bigger problems with this unit:

Overall, this is an excellent and very discreetly portable radiation meter. It is at the very least a good choice as compared to the other small units mentioned above. Under the conditions that (1) You understand that it does not do accumulated dose, and (2) Conveniently carrying it is of prime importance, I do recommend buying the “IdealRatio” “Rodnik 3” Portable Radiation Detector. It’s size, cost, build quality, sensitivity overall, and sensitivity to alpha particles make it excellent for finding either radioactive substances you want (like antique shopping) or radioactive substances you want to avoid. For more serious life – or – cancer circumstances, however, I would recommend that the buyer look for a larger unit with more features.

Extra: Did I Find Anything Radioactive?

Obviously, a good test of a Radiation Detector is to find something radioactive. Did I find anything radioactive with my Rodnik 3? Well, I recently went on a family vacation, and I took my Rodnik 3 with me. Read about the surprisingly radioactive things I found in the LinuxSlate.com Forums.