Most reviews of a new mobile phone, TV, or portable speaker don’t begin with a paragraph about what those devices do, or why the reader would need one.  But a Portable Radiation Detector is a very different device. For this reason, I like to start off each of these reviews with a little bit about these devices and the benefits of ownership.

The world was a very different place on 26 April 1986 -- the night of the accident at the Chernobyl Nuclear Powerstation in Ukraine.  At the time, Ukraine was a part of a Union of Soviet Socialist Republics that no longer exists. There were 2 Berlins, separated by a wall that is little more than a legend to most young people today. The music we listened to was different.  The cars we drove were different. Most people alive today had not yet been born.

But Ionizing Radiation is not 1980’s.  It’s not Eastern Europe, or Russia, or Pennsylvania, or Japan.  The use of uranium in paint pigments continued until the “zero-zero’s”. The accident in Fukushima happened in 2011. Just this year we had another explosion involving radioactive material in Russia, and for a short time, a category 5 hurricane appeared to be headed for a nuclear power plant on a very small strip of land in Florida. 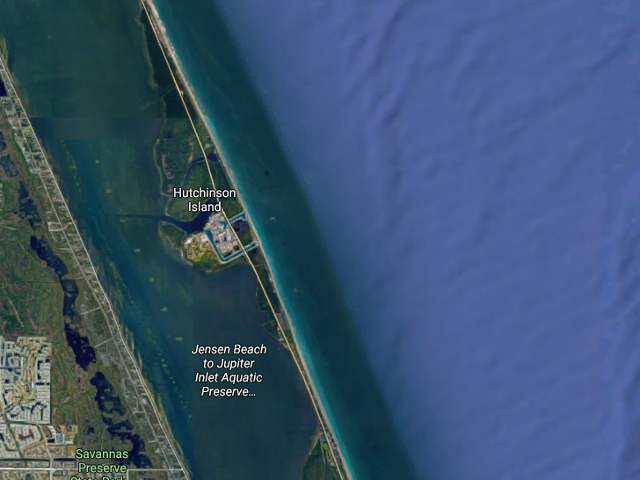 strip of land, with a maximum elevation of just a few feet above

category 5 storm as it approached Florida, was predicted to

cross over this area.

I’m not forecasting doom.  I’m talking about awareness of something that is invisible, but very real.  Just like water, radiation is life-saving and life-threatening.  Radiation is manufactured and natural. Radiation is now and the future. Radiation is frightening and alluring. Radiation is where you are right now.

Owning a radiation meter means an awareness of reality. 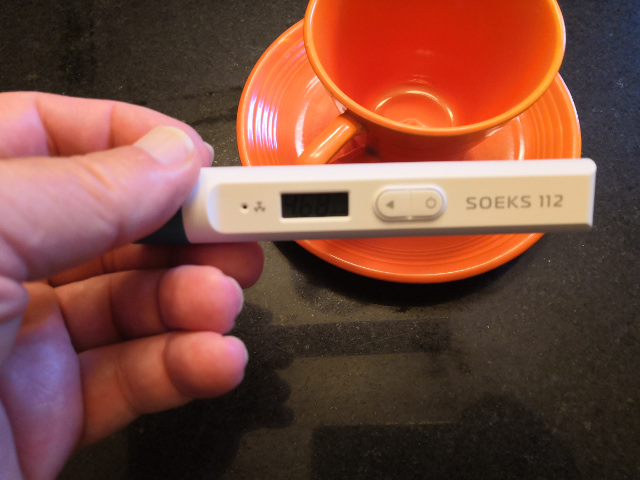 The Soeks 112 Reacts to an antique Harlequin cup and saucer.

So if owning one of these is desirable for awareness, emergency preparedness, or just as a “Rad” conversation piece, what features should one look for when purchasing one?

Here are some basic, common-sense features:

A Quick Note about Some Devices that May Appear to be Very Similar:

Since the tragedy at the nuclear power plant in Fukushima, a Japanese company has begun marketing several very similar radiation meters. However, they use a semiconductor device as a sensor, and thus detect gamma (γ) radiation only.

In addition, there are numerous small devices that plug into a mobile phone’s headset jack, and with a special app, they allow you to measure, and even track radiation.  These employ the same type of semiconductor detectors. Such devices are not true Geiger counters, and not sensitive to β particles. In addition, these semiconductor detectors are also very small.  This means that they would need to be very close to an object, and held there for some time before registering a radiation level.  Since most steps in the radioactive decay of uranium produce β particles, they may not detect radioactive antiques at all.

There are larger detectors that connect to a mobile phone with a short cable. These devices do contain actual GM tubes, but are more expensive. By the time you connect 2 devices together with a wire, you actually end up with something less convenient, and less likely to be actually used than a single compact device with an integrated display.

Features and Benefits of the Soeks 112:

The new Soeks 112 meets most of the basic specifications above, as shown in the following table: 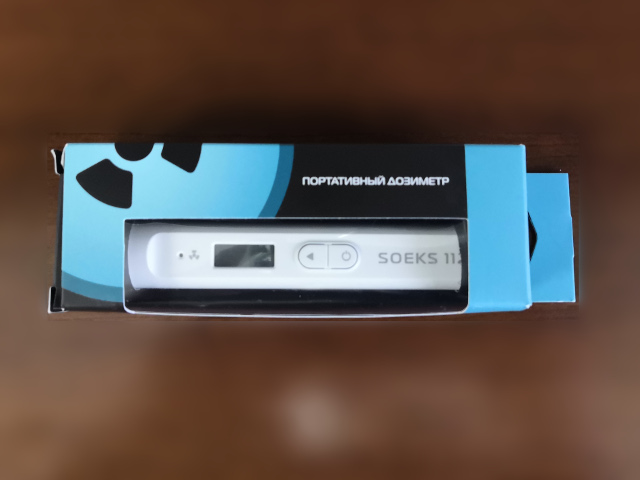 The Soeks 112 in the Retail Packaging.

In addition, Soeks has an office in Miami, Florida, USA. Products ship to USA customers from within the USA, and thus arrive much more quickly than a product shipped from Russia or China.  Similarly if the product needs to be returned for any reason, it can be sent to the office in Florida.  Soeks also provides product support on their US website, and via social media in Engish.

Unfortunately, like all the devices reviewed here so far, the Soeks 112 has some significant misses that keep it from being the ideal Portable Radiation Detector:

The above are minor gripes, or at worst, things I would change if I were designing one (which I did start to do at one point). Unfortunately, there are 2 more significant problems with this unit:

The Soeks 112 is Soek’s most compelling small radiation detector yet. It is very easy and discreet to carry, and fine for casual antique shopping, or household use.  However, almost all of it’s features fall behind the other units I’ve reviewed.  Worst of these is the small display, and the lack of any stand-by alarm functionality.  The IdealRatio Rodnik 3, Reviewed here, also falls short of an ideal design in many ways, but in terms of battery life and availability, display readability, and construction, it is, in my opinion, a better choice than the Soeks 112 for an ultra-portable device. If the compact size is not of prime importance, the EcoTest MKS-05, which does not suffer from the "misses" of these smaller devices, would be the best choice. As far as a highly portable device, at least for now, the IdealRatio Rodnik 3 will continue to be my daily use Radiation Detector.

Get 10% off the Radiation Detector Reviewed Here, by clicking this link, and/or using the Following Coupon Code:

Linuxslate.com review of the EcoTest MKS-05